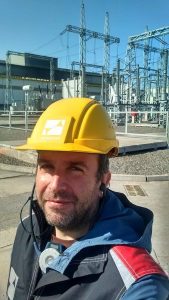 Abel Polese is a scholar and development worker dividing his time between Europe, the former USSR and Southeast Asia. He is Principal Investigator of SHADOW a four year project starting in 2018 funded  through Marie Curie RISE (H2020). SHADOW is a research and training programme with the goal of producing strategic intelligence on the region and train a generation of specialists on informality in post-Soviet spaces.

He has previously worked  as a policy analyst for the European Commission (DG Research) and as a consultant for Austrian and Finnish Agencies for Erasmus+; Estonian Research Council; Rustaveli Foundation; SALTO; YouthForum; WAGGGS; UNOPS) and his project “Sustainable Development in Cultural Diversity” received the Global Education Award by the Council of Europe in 2011. He is a member of the Global Young Academy, gathering scholars from around the world active in research policy and dialogue with non-academic institutions and has been a visiting fellow to the University of Toronto, Harvard University, Renmin University of China, Tbilisi State University, Jawarlahal Nehru University, Tezpur University, Corvinus University, University of Cagliari and the Moscow Higher School of Economics.

He is co-editor of STSS, an open access journal (Q3 in SCOPUS) focusing on governance and social issues the non-Western world. More information at http://publications.tlu.ee/index.php/stss/